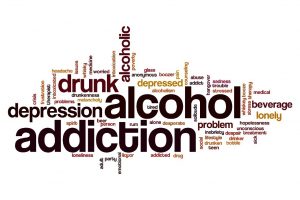 Alcohol Awareness Week – Do I Have A Problem?

The UK’s Chief Medical Officer has provided guidelines on low-risk alcohol consumption. The guidelines provide a framework, based on the latest evidence, to help make informed choices about drinking.

The UK Chief Medical Officer recommends that men and women:

The UK Chief Medical Officer recommends that if you are pregnant or planning a pregnancy, the safest approach is not to drink at all.

What Are Some of The Physical Health Consequences of Harmful Drinking?

Alcohol has been linked to over 200 diseases and health issues, including:

In the past year, have you: 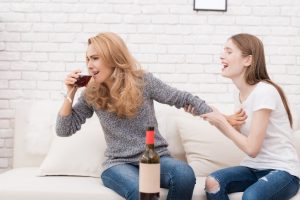 What Can I do?

If you, or someone you know, is scoring 2-3 or more from the above list then it is time to do something about their/your drinking.

However, suddenly stopping drinking altogether can cause serious alcohol withdrawal symptoms, particularly if you or they are drinking heavily. Physical alcohol withdrawal symptoms that indicate an individual is drinking at severe levels include trembling hands, sweating, headache, nausea, vomiting, palpitations, confusion, fever, fits and even hallucinations. In some instance suddenly stopping drinking can lead to death. This being the case it is never advisable just to stop.

Dr. Sarah Jarvis is a UK GP, GP trainer, and a fellow of the Royal College of General Practitioners. She is also a medical writer and broadcaster and has been on record as indicating that “psychological symptoms are very common, and not just if you’re a really heavy drinker. You can have short-term problems even with relatively low levels of alcohol consumption if you’ve become used to drinking really regularly.” Psychological symptoms can include irritability, poor concentration, feeling shaky, feeling tired, difficulty sleeping or bad dreams.

With Christmas and New year just around the corner, the propensity for drinking at hazardous and harmful levels are even more acute.

If you are concerned about your drinking or someone else’s then why not call a member of the Strong Hope team who can provide you with some free advice and information and to talk over your options. This is particularly important for those that are drinking dependently as they will most likely need a medical detox to help them stop drinking safely.

You can can get in touch with us here.

If you would like to be kept updated with news items in the field of substance misuse and mental health, as well as other items of news about Strong Hope, please click on the link below to be subscribed to our newsletter. Please note that you can unsubscribe at any time.

Send us an email

info@stronghopebarbados.com
We use cookies to ensure that we give you the best experience on our website. If you continue to use this site we will assume that you are happy with it.Ok